If you were hoping for real cookies, we also have them available from our bar with your coffee and they are tasty!
Accept Cookies
Reject Cookies 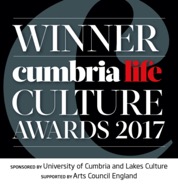 Join Us
Our membership fees start from just £10 per year for adults and you can get involved via a range of roles.
ACTING
We don't have a star system- anyone who wants to act gets a part in at least one production a year. You learn by doing, so no experience is necessary, and other cast members are very supportive- you will work hard, but you will have a lot more fun than you get watching a drama on TV. There is nothing like the adrenalin rush you get from performing in front of a live audience!

BACKSTAGE
A play is like an iceberg- there are many more people involved than those you see on stage- and it is all about team-work! We need stage managers, scene painters and designers, people to source, design and look after costumes and props, writers, directors and researchers- people who will say: Why don't we do such and such- I saw it at …. and it was hilarious! Your ideas are as important as your work!

TECHNICAL
Lighting and sound are fascinating and often crucial to the impact and atmosphere of a play. We have a fully equipped and computerised sound and lighting cabin. Are you a computer geek? Are you Gadget Man or Woman?

FRONT OF HOUSE
If you don't want the relatively long term commitment (about 8 weeks) of a production, you can enjoy the buzz of performance by helping meet and greet, or sell raffle tickets, drinks and ice creams on one or more nights.
You can sign up as a member either by filling in the online form and paying your membership fee by BACS or PayPal (please consider paying the PayPal fee too) or by downloading the form at the bottom of this page and sending it to us by snail-mail along with your payment.

Alternatively, you can post your form and payment through the theatre door or hand it to a member of staff at an event.


Membership of the club entails getting actively involved in the life of the theatre in any number of ways, from helping with Front of House, to acting and directing and all stops in between. We are a diverse group of people, but we all work together to keep live theatre going in Wigton.

If you don’t want to get involved in a practical way but would like to support us financially, you can make a donation using the donate button on our home page or at any event in the theatre.

Please check that you have selected the correct membership amount if paying by PayPal and tick the box that allows us to see who has made the payment (it's an easy box to miss). Please consider covering the PayPal fees.
Pay via PayPal:
or pay via BACS:
Wigton Theatre Club T/A John Peel Theatre
Account No. 53958337
Sort Code: 16 - 52 - 21
Data Protection
We will not share your information with any other organisations and your personal information will not appear anywhere on this website. The information you give us is used by members of the Wigton Theatre Club executive committee and will only be used to update the membership database.
DBS Checks
Please supply your full contact details for DBS checking purposes. Please tick the box on the form below to say you consent to possible checks and that the information you give is correct to the best of your knowledge.